It happened when I was in the 2nd year of my college at IIT(BHU), Varanasi. We prepared to participate in a technical fest of IIT Delhi named TRYST. The compedition was for a maze solving robot. There were 7 of us in the team. We were totally different people having separate skills and experiences in bot making. We were all excited to be together there to feel the extravaganza. So, this is how it happened…
We started working from 1 month before. Couldn’t completely benchmark our bot against the conditions that we were meant to face at the competition. We spent 3 days in Delhi, mostly debugging.

End Result : We lost at the prelims. Our Bot took a ‘U’ turn after running few seconds. After several restarts, the bot failed to move even a meter in the required direction. (Once, it did a 360 degrees circle also!! ). Never mind. The story starts from here….

I will name us: Kislay, Kundan, Venky, Sid, Rishabh, RK and Manish.

So we were there, sitting alone. We had to return back to Varanasi by the next day. We were loosing money quite fast. And yeah, we didn’t have a return ticket. Venky just checked the Indian Railways website to inquire about any train that we may catch up by the evening. He got few at and after 7pm and some near 3pm. Both possibilities were not okay with us as one was too late and the other was very early.

Being a regular commuter to Patna, I remembered a train named SAMPOORNA KRANTI express. Now, you must remember the train’s name as this story is critically winded around this one. I used to visit my native place in Patna when I was very small and this train used to be my dad’s first choice. And Varanasi is kind of en-route to Patna, so I just hinted Venky to do a separate search for this train specifically as “for some reason” this train doesn’t show up in the source-destination search that we usually rely on for finding all possible trains.(Source=Delhi, Destination=Varanasi/Mughalsarai (just 20 mins from Varanasi) ). He did a rapid train number search…and viola!!. We had this awesome train running from Delhi to Patna with just two stops. One at Kanpur and another at Mughalsarai. Just 2 stops for an approx. distance of 800 Km. This was awesome finding. Everyone patted me when it was found that the departure time is around 5pm. Everything was perfect!

We reached the station in time and boarded the train with general tickets, hoping to sort out things with TTE if things came like that. Now Rishabh is a guy who likes things done in the coarse way. He was totally against paying to TTE. Even though it was our fault for being in the sleeper class with tickets of general. According to him, it would be a piece of cake to hoodwink these TTE’s and that he is a professional in hoodwinking. He proudly told us that moment that for last couple of months, for all the travels he has done , he successfully hoodwinked these TTE’s and has now perfected the art! With the money left and the reassurance given by this guy, we got swayed!!

Now, we readily detailed elaborate plans on how to execute this hood-winking. It’s quite cool to know that our mind works so sharply when it comes to doing something evil.(hope it worked earlier, that might have helped us to perform better in the fest!) .

After observing the movement in the train for an hour, we put together out inputs and came with this: 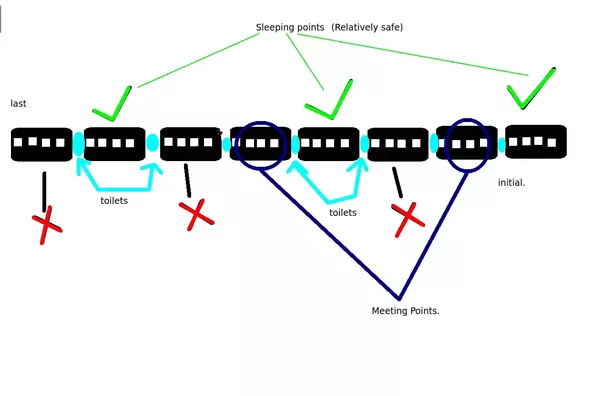 Found dugouts in the green marked bogies. Marked the probable toilets that we will be using (so that one if want to find other team-member, this would narrow down the number of toilets to be searched to 4*2! ). Gathering was strictly disallowed. But if there was one needed, we would use the pantry car area marked in 1st blue circle. The other one just for spare cases. Red crosses were for those places which we think were too vulnerable to hangout(too much olderly people and the TTE were occupying few seats there. )

This was getting exciting. We converted our train journey to be a high profile NSA sting. Anyways, Sid was not happy with all these proceedings! Rest all of us were too excited to think anything else. Rishabh assumed leadership and with a grin made a statement(as a General says to his regiment before going for a war!):” I and Venky shall lead you to enlightenment!” . We all shifted in groups to our respective safe-zones.

We got divided in the following groups:

Things were cool. It was 10 PM already. We were shifting our safe-zones once we sighted any hint of any TTE. I saw Rishabh few times enjoying a biscuit or so from far with Venky. Things appeared cool. But something happened unusual after that. We all noticed a sudden increase in the number of TTE’s. Rishabh came and asked if I too noticed that. yup, there was something unusual. There should only be 1 or at max 2 TTE’s. We already sighted 4 to 5!!!

1 hour passed. Venky came to me hurriedly . His exacts words were “Kislay, you mothf, this train is different. This train has a non-stop route from Delhi to Patna!!. Mughalsarai and Kanpur are just technical stops. It stop for 2 mins there!. Why the hell did you suggest something like this. This was the reason why it was not showing up in the usual IRCTC search.” Well, I used to travel in it very long ago. Looks like in the mean time the Indian Govt. gave this train a special status.

Anyways…what has been done is done. We will manage to get out in 2 mins. This won’t be a problem. I assured him. But he was still hurrying. I asked him the reason for hurry. He turned back and briefly summed up.. “Rishabh and me were caught. Luckily I ran left and he to the right. He took time to decide which side to follow, and we escaped!!! “. And he disappeared. A lot of things crossed my mind. Is this going wrong? Aren’t we those informed students who should abhor from such sin!!

Something struck my mind then. I felt cramped. If this train doesn’t stop at Mughalsarai officially, then those general tickets that we bought were of no use as they were till Mughalsarai(you must remember that general tickets can be bought irrespective of the trains!!). This thing is very important. Each of us must know that. We earlier thought of producing these if caught….but NOO..now we can’t. I knew Rishabh and Venky would already have figured this out. Rest Sid and RK were with me. So left were Manish and Kundan. Somehow contacted Rishabh. His ease was gone and his face was ashen. He told that he has never experienced this kind of train ever. He even mentioned that the TTE’s are counting the number of passengers! The count must not exceed 74! The worst part was that 2 TTE are counting and were approaching from left and 2 from right! 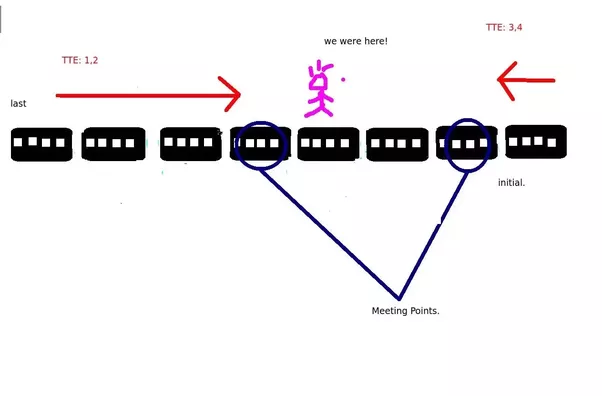 But still, No idea of Kundan and Manish! 5 mins later: 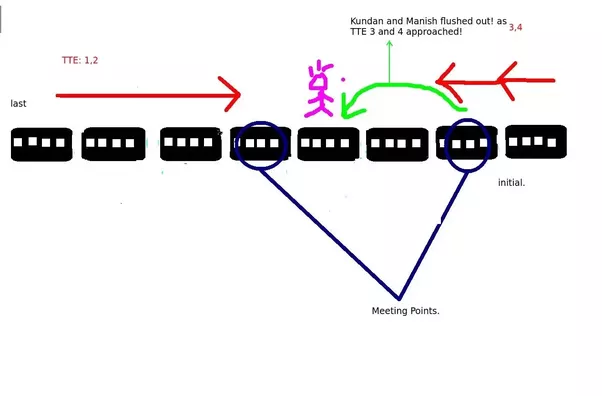 Now we all are sitting very close to each other. These TTE’s were super clever. For a Closed toilet door, they increased the count by 1. We are now desperately trying to mingle with the reserved co-passengers. Finally…TTE 1 was the first to show up. He gave an indifferent look to me, and moved ahead. He stopped at Kundan. Few seconds later, abruptly, he whispered “where are you going?”. Kundan replied-“MughalSarai”!!!!!! That TTE grinned as if enjoying every moment of this reply! WE WERE CAUGHT! He roared…“all along with you, come with me!” He was mildly surprised to see our IIT identity cards. As usual, we got the criticism of wasting our talent and participating in crimes oppose to studies that we must be doing. Venky jumped up at the occasion, and with the help of RK, settled the payments with just 300 bucks. Damn it!, we are out of danger. We bluffed the TTE. These Id cards did what they are meant to ! KANPUR came.(12Am).

We were now a bit ashamed of what we did. We were hell tired. Hardly had any sleep for last 3 days and this was making it more difficult. We tried to sleep at some dug-outs that we previously found.

As sleep was getting into, Rishabh came and stirred me violently. “Uh! what is it now?.”, I asked. He said, we were to be interrogated by police. This was enough to blow every bit of sleep that I was developing! Hurriedly I joined Rishabh and awakened the whole lot. “But Why?”,asked Sid. Rishabh told that he had been idling between bogies when these two policemen came out of nowhere and told to get all people out! We gathered. Every bit of excitement that we had earlier was now completely converted into nervousness. Sid was hell scared. RK , Venky and rest of us were trying to keep our cool. As usual the policemen tried to scare us for voiding the Law and told that we will be sent to jail for this. Only way out is to pay the price. We told unanimously, “WE HAVE NO MONEY!!” But he started abusing us and told that we will be harassed severely if we don’t follow what they say. As the discussion went more heated, Venky again jumped up and told that once we reach Mughalsarai..we will pay him through ATM. This made him a bit mild. His eyes shined with the name of ATM. He disallowed us to go to our respective dug-outs. He snatched our General tickets so that we cannot run out of Mughalsarai outgoing passengers checking!

As we sat cross-legged, near the toilet basin and the door, we contemplated over the way things have gone so far! We shared few laughs gimmicking our situation. I along with Venky did few beggar acting. Rest joined in. Being electrical engineers, Rishabh started the topic on the insulators that are common above the railway poles. His new research was based on it. He explained how the different sizes affect there their insulating capabilities.

And again there was I, in such a difficult situation! Still laughing and enjoying like a child with these guys. I realized something that day. These friends are never to be left out. They are the most valuable people out there. Each of us insulating each other. Reassuring each other that things will work out somehow. The train was clocking at more that 100km/hr and being near the door, the February chill was getting into our bones. Laughter died and we all gathered over one another to keep as much warm. What a pleasant sleep we had. just 2 hours or so..but was enough to charge up for next phase. AT LAST..MUGHALSARAI CAME (4 am). we moved out. Didn’t bothered to twitch our necks in any direction. Almost ran to the flyover. Came to platform 1. And there were those two grinning again. One came close and mocked-“ Let’s see how you get pass the line without showing your tickets… you still have a chance”. We appeared as if we didn’t heard him. Keeping our steps boldly, we took large strides and started walking. All of us successfully came out unnoticed except Venky.

The ticket checker at the gate caught him by the hand and pulled him at the side.! It’s cool that he was able to make that guy understand what he has gone through and how those policemen cheated! He came out as we cheered as if a hero has come home. All rejoiced at last, took a mental note not to travel without ticket.!

But why? Had I bought the ticket, I would not be writing this, nor would have enjoyed the realizations that came in-between. 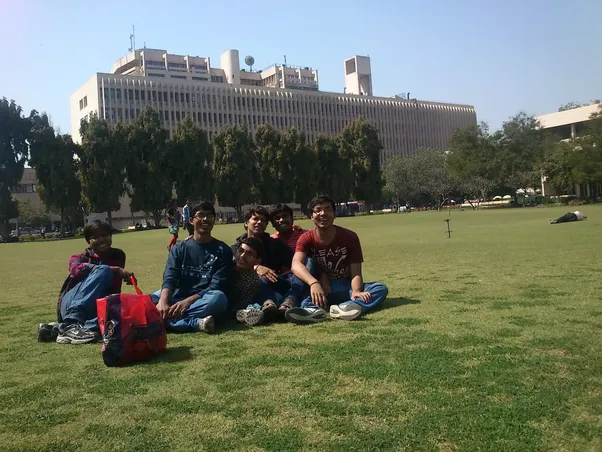